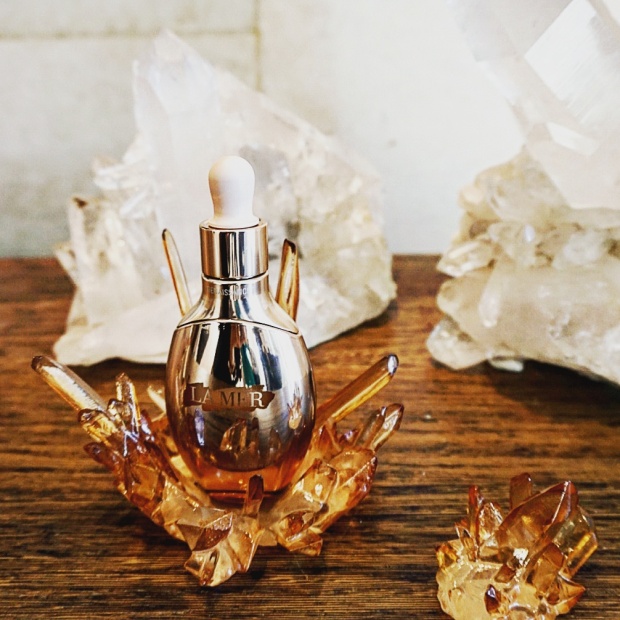 When I first heard about La Mer and its growing cult status among celebrities and socialites, it was the mid-’90s, and I was fresh out of law school. I coveted that little white jar, as much as for the cachet as its purported miracle effects, but having just started my first real-life grownup job at a law firm, I was hesitant about shelling out $200 for a face cream. After all, I was only in my 20s, and while I was a skin care fanatic, having begun my regimen as a 14-year-old, I was more concerned about the odd hormonal blemish than I was about fine lines.

I finally succumbed a few  years later. For something so precious, at least at that time when a single beauty product in the three figures was rare, if not unheard of, applying the creme was by no means a “glamorous” or sensorial process, which so many of us product junkies demand. And yet something about the fact that the creme was solid and you had to scrape it off and emulsify it with the warmth of your fingers to even put it on your face suggested to me that this had to be the real deal. Why else would people pay so much for something with a less-than-luxurious skinfeel?

Two decades later, La Mer’s products are still in my skin care rotation. When my skin needs some extra TLC, or I’ve had a hard day, Créme de la Mer is what I turn to. And with their 50th anniversary this year, La Mer is outdoing itself once again with the launch of their latest product, Genaissance de la Mer The Serum Essence.

The story behind Genaissance is a cool one. A junior scientist at the Max Huber Research Labs in New York accidentally left a spatula in a beaker of molasses, one of the ingredients of La Mer’s famed “miracle broth,” a ferment of sea kelp “energized” with a variety of light and sound waves for three to four months. He later discovered that crystals had formed around the spatula. As scientists are wont to do, instead of tossing the strange residue, he analyzed the crystals under a microscope and discovered that the crystals contained a pure, potent version of the miracle broth. When they tested this crystal on a skin wound, they discovered that the crystal helped create elastin and collagen on the skin, covering the wound — in 24 hours.

More clinical tests revealed that this hyper potent miracle broth crystal decreased irritation and inflammation five times faster than anything they’d ever tested in their labs.

The La Mer scientists combined this potent discovery with the “skin” of the sea — that layer just below the surface that is so rich in nutrients it feeds 95 percent of sea life — as well as the rare Pom Pom Red Algae, all swirling in flakes of refined gold, which acts as a catalyst, in a broth fermented for months while exposed to varying wavelengths of natural light and sound. The result is Genaissance, a “slow-crafted” super serum featuring the highly concentrated Crystal Miracle Broth, which”energizes” skin, accelerating its natural renewal processes. The serum addresses practically every skin aging issue, according to execs, from sagging to discoloration to wrinkles.

And while Genaissance may satisfy product junkies with its rich, silky feel and delicate fragrance, Créme de la Mer purists need not fret; La Mer’s set a new bar in product price points: the over $500 serum.

Hey, just give me a few years. I’ll probably succumb. 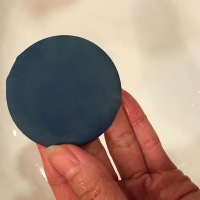